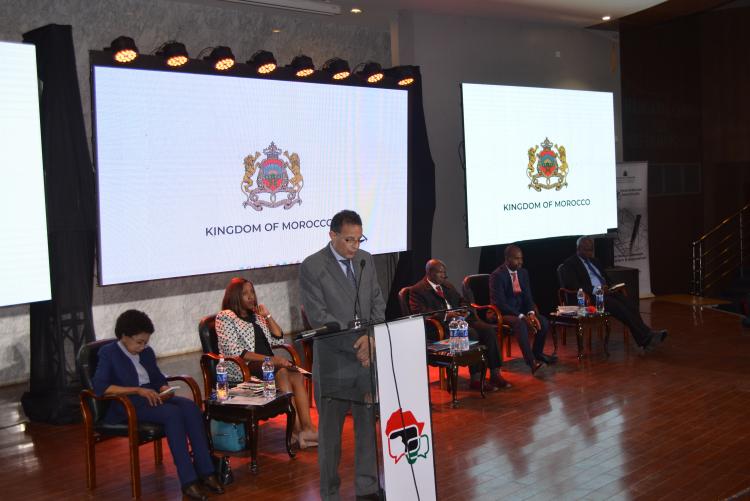 On the 27th of October 2022 The Department of Diplomacy and International Studies (DDIS), UoN in partnership with the Kingdom of Morocco and Crestwood held the 1st Pan-African seminar dialogue, theme: The Nexus between Terrorism & Separatism.

The 1st presentation was given by Dr. Patrick, Maluki, DDIS Chairperson. Who spook on the ways in which terrorism and the way we see and recognize it today has significantly changed from what it was in the 20th Century. He called attention to the 9/11 attack in New York (2001), as being the first key moment in which terrorism was thrust into the global scale after which the world was introduced to terrorism and paid attention to the level of threat it holds.

Dr. Patrick Maluki, DDIS Chairperson explained the different waves of terrorism, such as the Anti-colonial wave that was experienced through parts of Africa and Asia in order to gain independence. Dr. Maluki emphasized the importance of understanding that terrorism is very broad, and who is labelled a terrorist is very subjective and varies from person to person. “One man’s terrorist is another man’s freedom fighter”. In his conclusion, he elaborated that once terrorism and separatism were seen to be apart, but now terrorism can be used as a tactic by separatist groups.

Former Chairperson DDIS, Prof. Maria Nzomo, held her presentation on the ways in which terrorists and separatists have instrumentalized the ideologies of self-determination, allowing them to create their own identities as they feel best represent them and their causes within the international realm. She expounded on the various ways we need to re-examine terrorism, not just always looking at the surface level, but rather the motives and the root factor. Prof. Nzomo went on to ask the audience questions challenging their perception of terrorism, such as; where did this terrorism come from? Is everyone we call a terrorist a criminal? What is the motivation and impact of terrorist actions and how can we manage terrorism?

Prof. Nzomo concluded her presentation by emphasized the need to reimagine and question all that we know as terrorism and who we label a terrorist, “Who said terrorists must be Islamic, from a specific country or a specific age?”. She spoke on the need to have a more human approach towards counteracting terrorism and address new issues that have a risen in the modern time, leaving behind the actions and steps we took in the past.

Ms. Winnie Rugutt, Lecturer DDIS. Held her presentation on the current status of terrorism today in the ever-changing and dynamic nature of the 21st century, and what is happening on the ground level. Ms. Ruggutt presentation looked at terrorism as a form of asymmetrical power struggle

The Director, HORN International Institute for Strategic Studies, Dr. Hassan Khannenje. Gave a detailed presentation on the ways in which terrorists and separatists financially fund their operations and how these financial channels significantly contribute to the destabilization of states. Going on to give examples such as Informal money transfer agencies, engaging in illicit trade, and drug and Human Trafficking.

The Vice Chancellor KCA University and Professor of Defense and Foreign Policy, Prof. Noah Midamba, gave the final presentation on; Factors stimulating the strengthening of the Nexus between separatism and terrorism. Prof. Midamba engaged the audience during his presentation through asking questions, on how can we control and manage terrorism so it does not reach nuclear war, and how can we sustain a solution that will work for all of us? Prof. Midamba emphasized the need to employ diplomacy, as it is the only answer to a peaceful future. “There is an answer between all the terrorists, and that is understanding the fundamental factors that create them”. 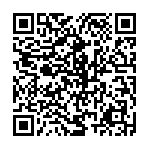