SEMINAR ON THE NEXUS BETWEEN TERRORISM AND SEPARATISM

Terrorists' and separatists’ activities frequently reinforce each other. It is worth noting that terrorists participate either directly or indirectly in illegal activities such as smuggling, trafficking, kidnapping, and extortion, for financial and/or material benefits. These activities undermine state stability, security, and socio-economic development, which in turn create and maintain the conditions for separatist groups to flourish. On the other hand, separatist groups employ terrorist tactics, including the strategic use of violence, to achieve their goals. These specific situations are among the key reasons for terrorists’ and separatists’ convergence, leading them to cooperate and unite.

A common pattern in separatist movements has been the reluctance of their members to openly admit their link to terrorist organizations. Separatist movements claim their legitimacy from their political quest for independence. They are thus not willing to reveal their interest in using terror-based strategies to achieve their agenda. These movements have on some occasions been used to destabilize states through the assistance of foreign nations who seek to destabilize and dominate the geopolitical landscape of a region. The link between separatism and terrorism has been seen in cases such as the Polisario Front where part of their leadership has been linked to ISIS through the Islamic State in the Greater Sahara (ISGS). Adnane Abou Walid al-Sahraoui, a man who had initially begun his career as a leader in the Polisario Front was in August 2021 killed in Mali through a French operation due to his active participation in terror activities in the Sahel region. Today the world is witnessing the emergence of similar separatist movements which have links with terrorist groups these include; Polisario and PKK, revolutionary terrorists (Red Brigades, RAF, FARC), religious terrorist groups (Laskar Jihad, Boko Haram, ISIS), and transnational terrorist groups (JNIM, Al-Qaida).

Although the world is witnessing greater international cooperation in the fight against terrorism, the question of the separatist movement and its link to terror organizations is yet to be fully appreciated.  A critical review and analysis of this link is needed to better understand the risks that can be associated with these separatist movements. This seminar is a platform to discuss and contribute to this debate by looking into (i) where separatism and terrorism converge, (ii) where monitoring and preventive action are possible, and (iii) where situation-specific approaches are required.

III. Modalities of the Seminar:

The Seminar will be held in 5 sessions: 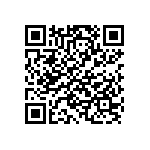